The neoclassical building was built around 1911. As a matter of fact, in 1995, during the restoration work of some rooms, a newspaper of the time was found. The building was initially used as a summer residence by a wealthy shoe manufacturer from the area. In 1936, it was taken over by a wealthy believer who built the church and the adjoining tower.

The complex was thus used as a monastery and a kindergarten. In 1995, it was bought by the Italian-Norwegian association that turned it into the current research centre. Between 2002 and 2003, this association renovated the façade.

Established in the former convent of the Sisters of St Joseph, the Italian-Norwegian Research Centre is a reference point for cultural exchanges between Italy and Norway. Cultural initiatives and activities whose objectives are knowledge, promotion and dissemination of cultures between the two countries are promoted in synergy. 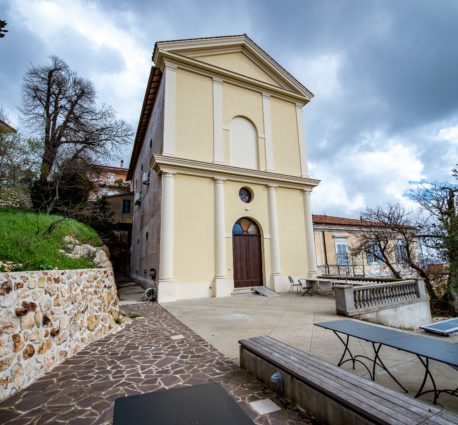