THE CAPUCHINS CHURCH AND CONVENT

They started building this complex in 1621 using alum proceeds. The convent is built around a rectangular cloister with round arches, and a square well made from local stone right in the centre.

The Franciscan church is simple and with no frills, consisting of a single nave, an apse, and two side chapels. Inside the Franciscan church you will see an image of the Madonna of Cibona (15th century), which has always been highly venerated by the locals, especially from the area of La Bianca, just outside Tolfa.

After the Capuchins left, the convent was restored and made habitable by the archaeological group Gruppi Archeologici d’Italia, who used it as an educational summer camp and hostel for over two decades. Since 2017, it has been run by the association Italian-Norwegian Research Centre, which uses it for its activities. 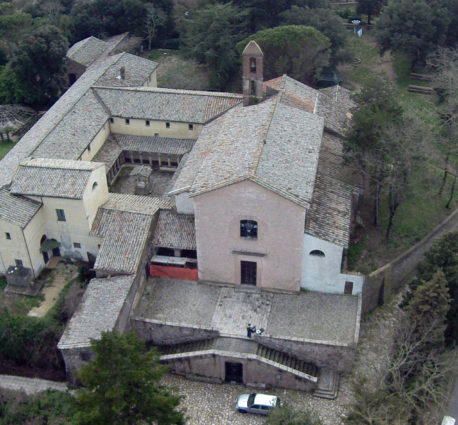 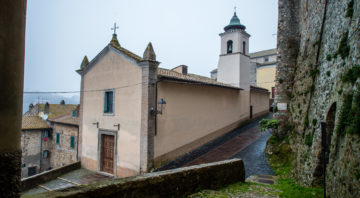