THE CASTLE ‘ROCCA FRANGIPANE’ AND THE SANCTUARY OF MADONNA DELLA ROCCA

The remains of the Castle, also known as Rocca di Tolfa or Rocca Frangipane, stand on the top of a spectacular trachytic hill.
The Castle is a typical medieval fortress dating back to the early 9th century A.D., that was renovated in 1448 when it became the property of the Frangipane family during the conquest of Viterbo.
The surrounding walls and the conical-pyramidal shaped fortified tower are still visible and in a good state.
The Church of the Sanctuary of Madonna della Rocca has medieval origin. Formerly called Sancta Maria de Arce, it is next to the Castle, and offers a beautiful country view.
After a long period of abandonment and decay, in 1567, this church was restored at the expense of the community at the request of the Brotherhood of the Name of God, which is related to the Dominican Order. This small church has been home to the image of Santa Maria della Pietà since 1695. Initially, it had been placed between Saints Bartholomew and Emidio, holding the body of Christ deposed from the Cross in her arms. Now, you will see this votive image above the 19th-century high altar made from polychrome marbles.
Feasts in honour of Our Lady of Sorrows and St Michael the Archangel are still celebrated in this Sanctuary dedicated to the Virgin Mary. 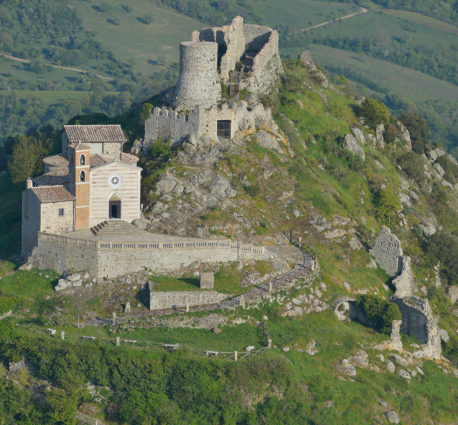 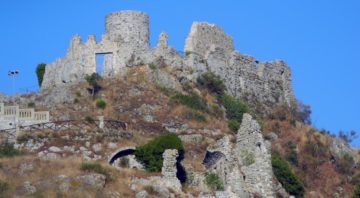 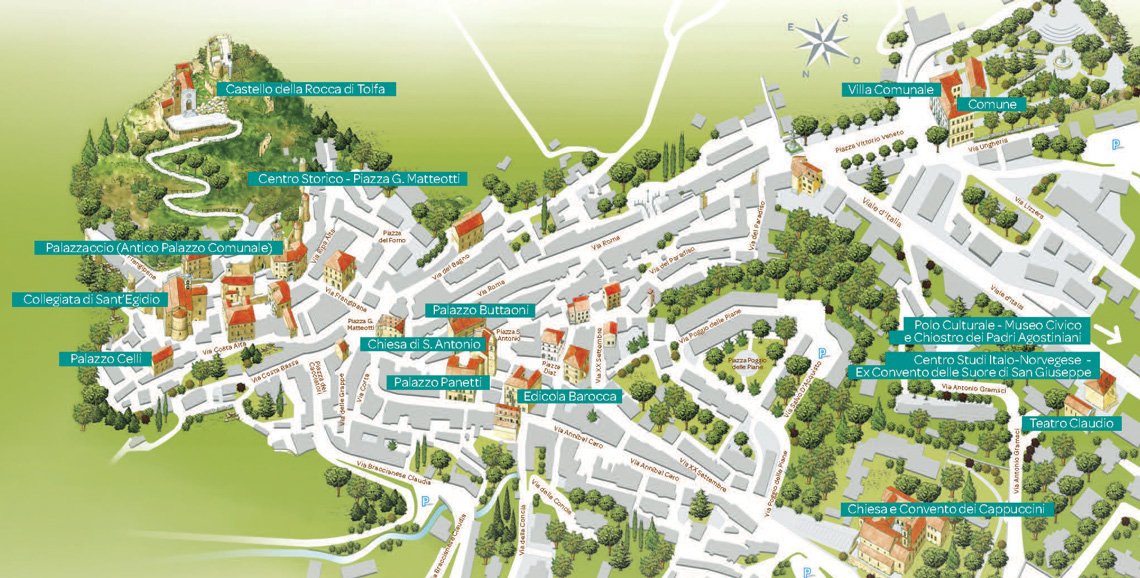