THE HISTORY OF TOLFA: The Luck, and Misfortune, of Alum 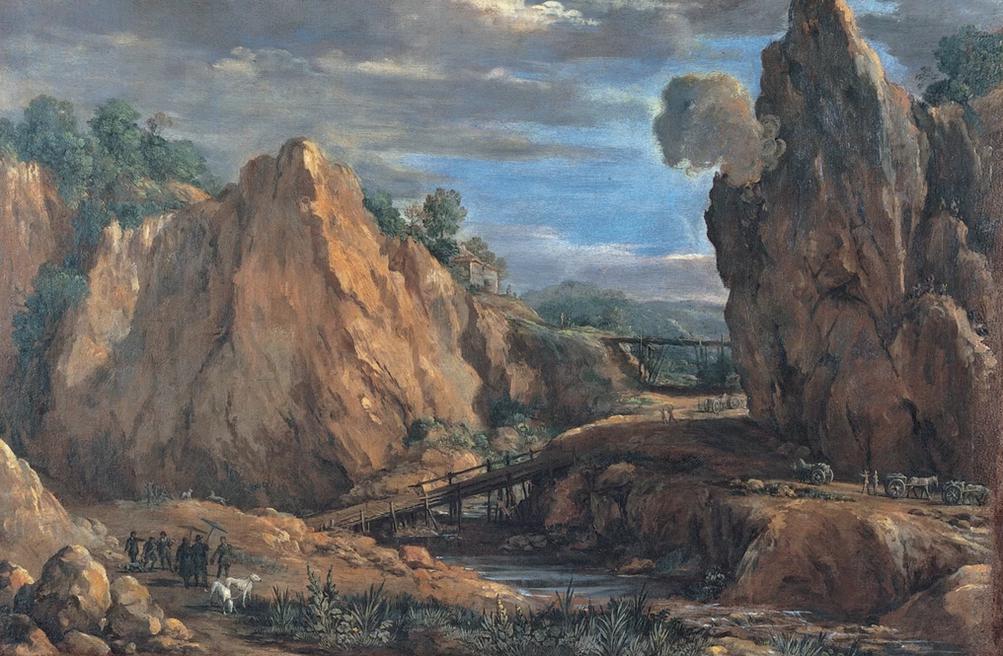 Evidence of the first human settlements around Mignone valley and Monti della Tolfa dates back to the Etruscan and Roman period. The town, corresponding to the present one, developed around the beginning of the IX century and was called Tolfa Vecchia after the birth of Tolfa Nuova on Monte Tolfaccia: the first available records are from 1201, when the name of Tolfa Vecchia is recognisable in a manuscript included in the Margarita Cornetana collection which describes the act of submission of Tolfa to Corneto.

In 1275 the city of Tolfa Vecchia was recovered by Innocenzo IV and taken from the imperial army of Federico II.
At the beginning of the XIII century, Tolfa is actually among the properties of the Holy See, as reported in the modification of the possessions of the Saint Peter’s Patrimony.

For nearly the entire Middle Ages, Tolfa Vecchia was managed as a shared dominion by the richest families and under the protection of Corneto, although conquests from other communes were not lacking, among which Viterbo, and only at the beginning of the first years of the XV century the whole village was bought by the brothers Pietro and Ludovico (later Della Tolfa).

With the discovery of alum in 1461 by Giovanni Da Castro, the village was acquired by Pope Paul II in 1469 and Tolfa soon became the “mine of Rome”, beginning a path of prosperity and highest expansion of the territory that arrived up to the sea.

Alum was used in the textile industry, in leather tanning, in water purification and also for making wood and fabrics fireproof.
In the wake of the wealth inaugurated by the discovery of the alum quarries, the city expanded first towards the present via dei Frangipane and later along via Roma and via Annibal Caro, where the richest and most elegant buildings were built.

The noble families involved in mining were also responsible for the construction of sacred buildings, such as the sanctuary of the Madonna della Sughera, built according to Agostino Chigi’s whishes.
In the XVIII century, the advent of the new mechanical industry marked the end of the production of Tolfa alum.
In 1799 the city of Tolfa was sacked and hundreds of men were shot by the French Republican army arrived to suppress the uprising against the Roman Republic, as recorded in an inscription in S. M. della Sughera.

THE CAPUCHINS CHURCH AND CONVENT